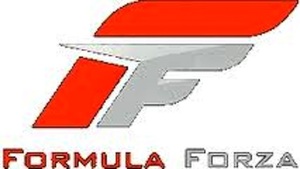 After many months of planning and development we here at llbm are extremely pleased to announce that we have officially completed the merger between LLBM and Formula Forza. Formula forza is one of the greatest online racing organizations on the planet and this merger will only help the development and growth of llbm and formula forza as a whole.

From now on, all LLBM activity will run through formulaforza.com. There is a new qualifying format on formulaforza.com that is quite similar to LLBM except there is live timing now! There are many other improvements including the overall structures of our leagues and many other details. Our websites will remain open for now and there will be further information on the website in the near future. As for the facebook page and our twitter feed, we will be releasing more details regarding those shortly.

A Big round of applause to our top 6 drivers of the year. Everyone who was registered for season 2 was a brilliant driver but only 6 came out on top and finished in the prize money spots. Below are the winnings percentages for each of the top 6 drivers. Congratulations to all drivers on a great season!

It was a very exciting 3 day qualifying period for the first round of the second season of the LLBM Gallardo Cup but overall it was the dominance of British driver II Alex P II that claimed pole position for Sundays race. Alex came in with a time of 1:33.634 as he was the only driver to break into the 1:33's. He also had plenty of breathing room ahead of fellow Brit, This Is Despair who we all know from dominating the gt1 class at this year's LLBM 1.2 hours of Nurburgring. Alex P finished a comfortable 6 tenths ahead of This Is Despair as It's Britain who sweep the front row of the grid. The best qualifying battle though was for third between Celica94 and clementelithe. Positions were exchanged more than a few times but it Celica94 who got third place on the grid by less than a tenth ahead of clementelithe. Fifth place went to our other LLBM admin Pipen629 who was the  final driver to break into the 1:34's. After that it was our good mate Cyphon68 who starts sixth with a very good time of 1:35.171. A Crew Paul was next in the LLBM Media Race car and he was followed by BennyH33 and ix Overtake xi who were all within 2 tenths of each other. Then making up the last spot in the top 10 was our very own Robbie Gordon, BSMDxHuffman. After that, it was the two JET Motorsport boys magnum278 and Wennaj who were followed by Kinotsu555 who was splitting the gap between another JET Motorsport driver, FerrariFanatic9. Finally the eighth row will be occupied by British driver ScholesySlash46 and American driver Jr Anxiety. The Qualifying was tight and we expect the race to be the same way on such a challenging track like Infineon. We'll see you all for the big season opener tomorrow!

A Crew Paul to drive the LLBM Media race car

Released just this night. If you are new to the series and want to compete in the upcoming season free of charge with a free car while running a custom LLBM paint scheme then please check out "LLBM Media race car" under the media page. We will only accept the first person who signs up so if you want to compete in this wonderful series free of charge then please sign up!

The official spec tune for the second season of the LLBM Gallardo cup has officially been released. You can pick up the tune off of clementelithe's storefront. The gallardo has made many improvements compared to last years car including weight reduction, the addition of a turbocharger and more! The tune equals up to a PI of r3 718. Remember that you must have this tune if you wish to compete in the upcoming season as it is a spec series. So head on over, get the tune and start practicing for the upcoming season!

Welcome to the new websites!

Yes it's true, the LLBM Gallardo cup , along with our other racing leagues, now have there very own websites! We'd like to thank weebly for giving us such a great website builder and allowing us to create these new wonderful websites. We hope you enjoy the new websites and make sure to sign up for our leagues!